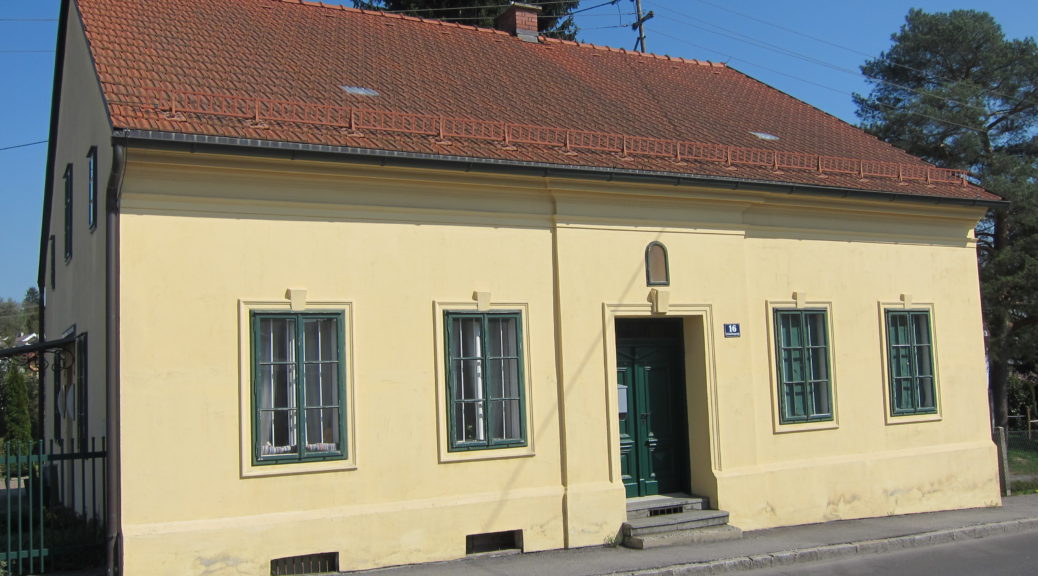 Adolf Hitler lived in several places during his childhood, due to his father Alois’ job in the Austrian Customs Service. In 1898, at the age of nine, Hitler and his family arrived in Leonding, a small town that today is practically a suburb of the Upper Austrian city of Linz.

Alois Hitler was by now retired after forty years of service to the Austro-Hungarian Empire, but his attempt to farm at Lambach had ended in failure, hence the move to Leonding. This period was also marked by violent arguments between Alois and his oldest surviving son Adolf. 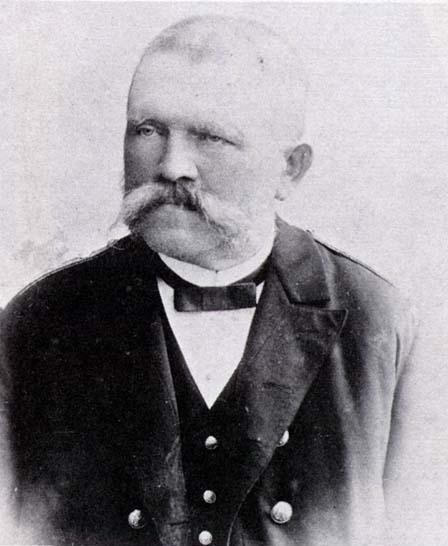 Alois purchased No. 16 Michaelsbergstrasse, a small, two-storey brick structure opposite the entrance to St. Michael’s Roman Catholic Church. Both structures survive intact today. Adolf Hitler was a choirboy in the church and regularly attended mass. 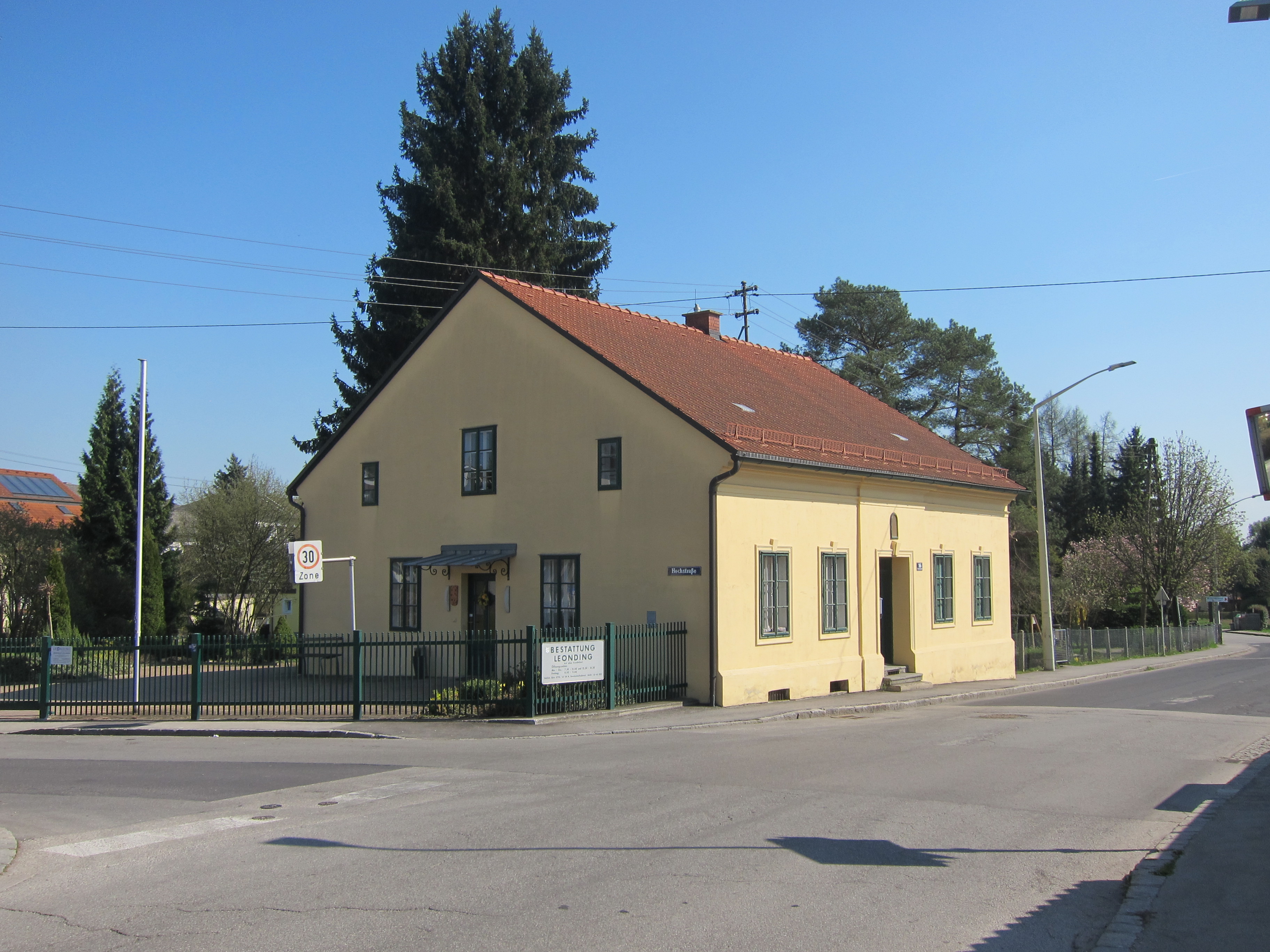 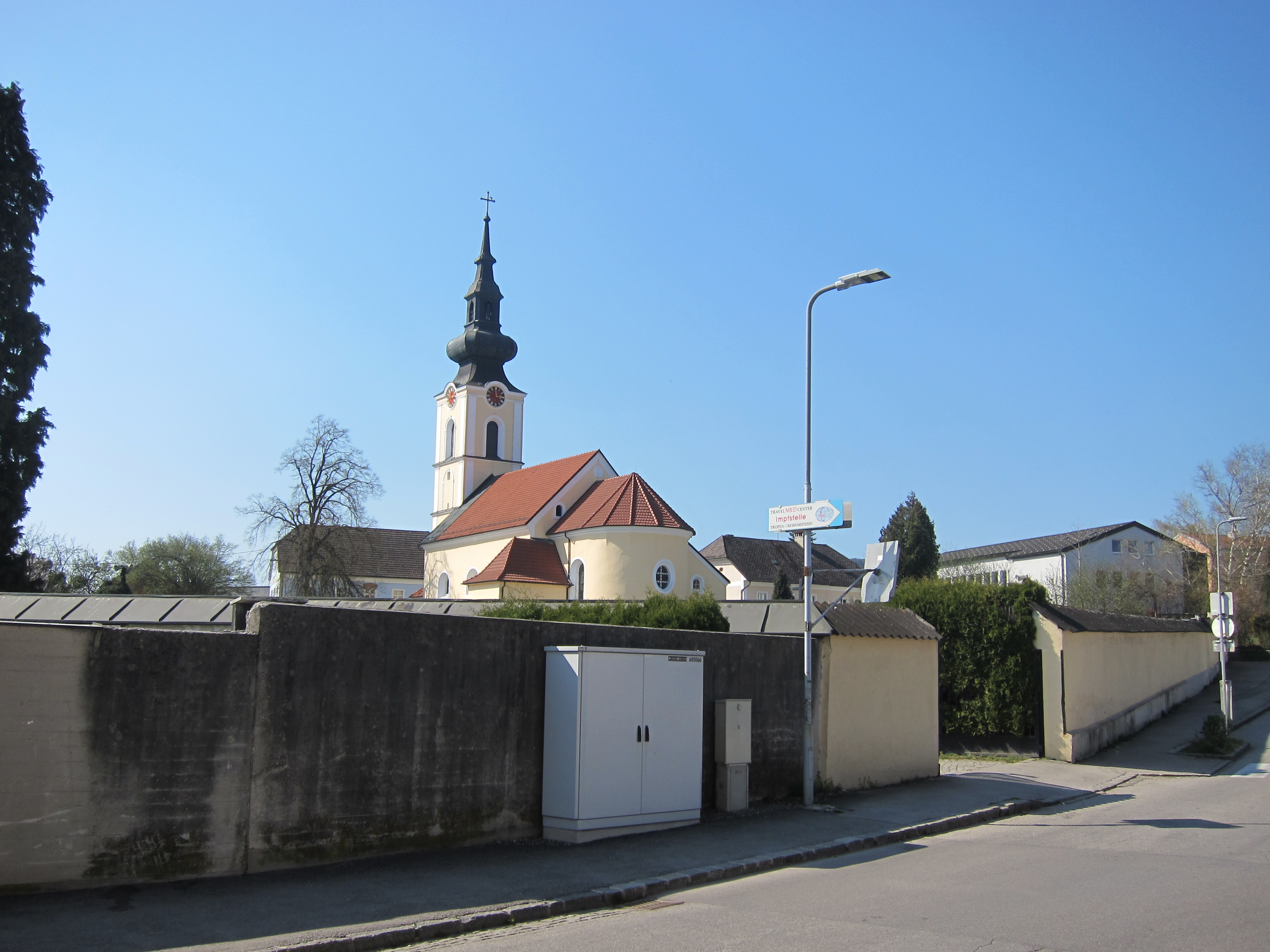 It was in this house in 1900 that Hitler’s younger brother Edmund died from measles, an event that effected Adolf severely and turned him into a deeply morose and withdrawn boy.

Hitler aged 11 at school in Leonding

His detachment was further deepened by his father’s unwillingness to permit him to follow his dream of being an artist, and in September 1900 Alois enrolled him in the Realschule in Linz. Hitler’s father wanted Adolf to follow his footsteps into the Customs Service, an idea that repelled Adolf. 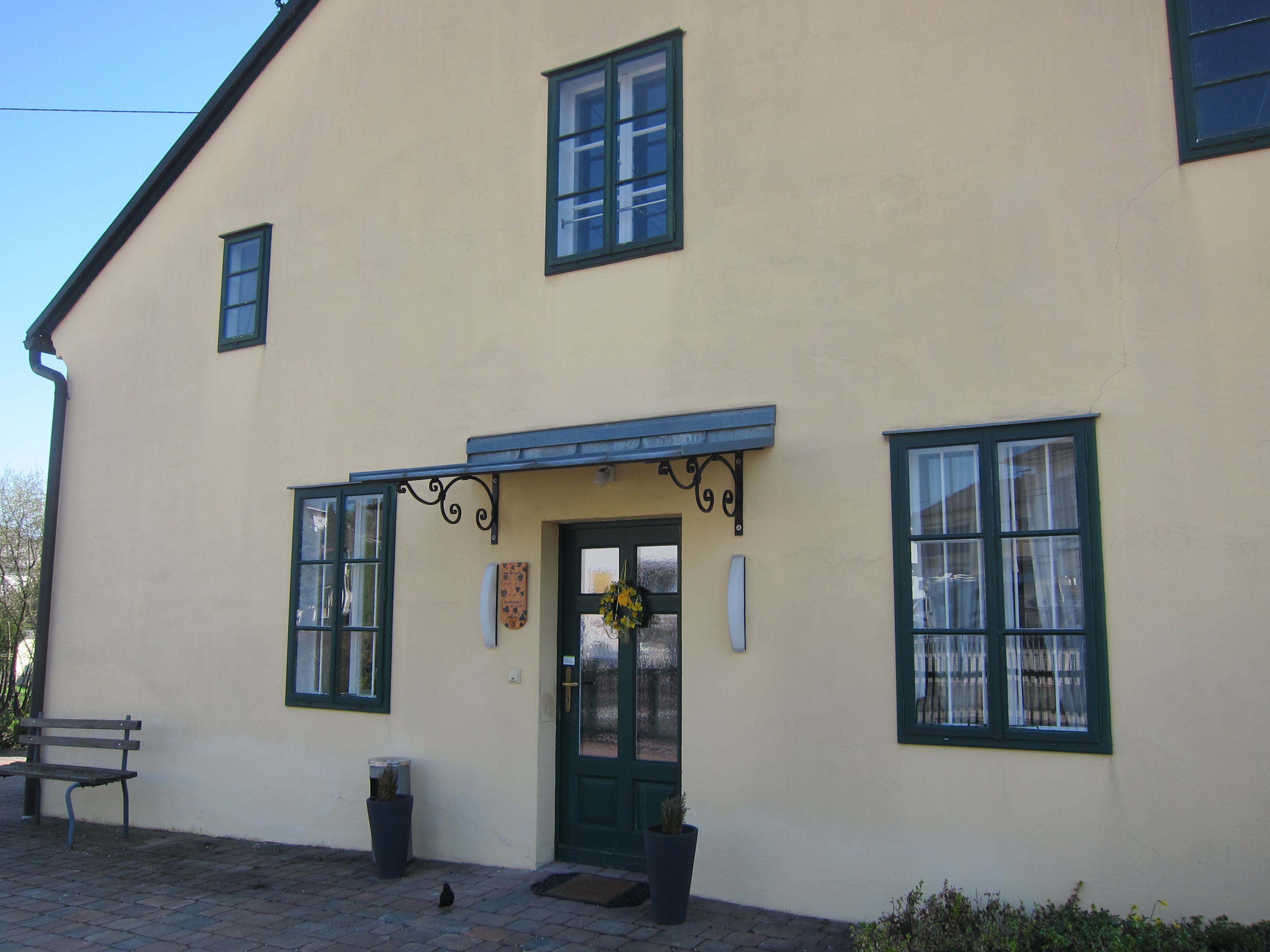 The side of the Hitler house. Copyright Mark Felton 2017

Adolf deliberately did badly at school in the hope that his father would transfer him to a classical high school, and the two had many heated and violent arguments. This impasse ended suddenly on 3 January 1903 when Alois Hitler suddenly dropped dead in a local Leonding pub. Adolf’s schoolwork deteriorated further until his doting mother Klara removed him from the institution. The family left Leonding for Steyr where Hitler’s grades improved at a new school. 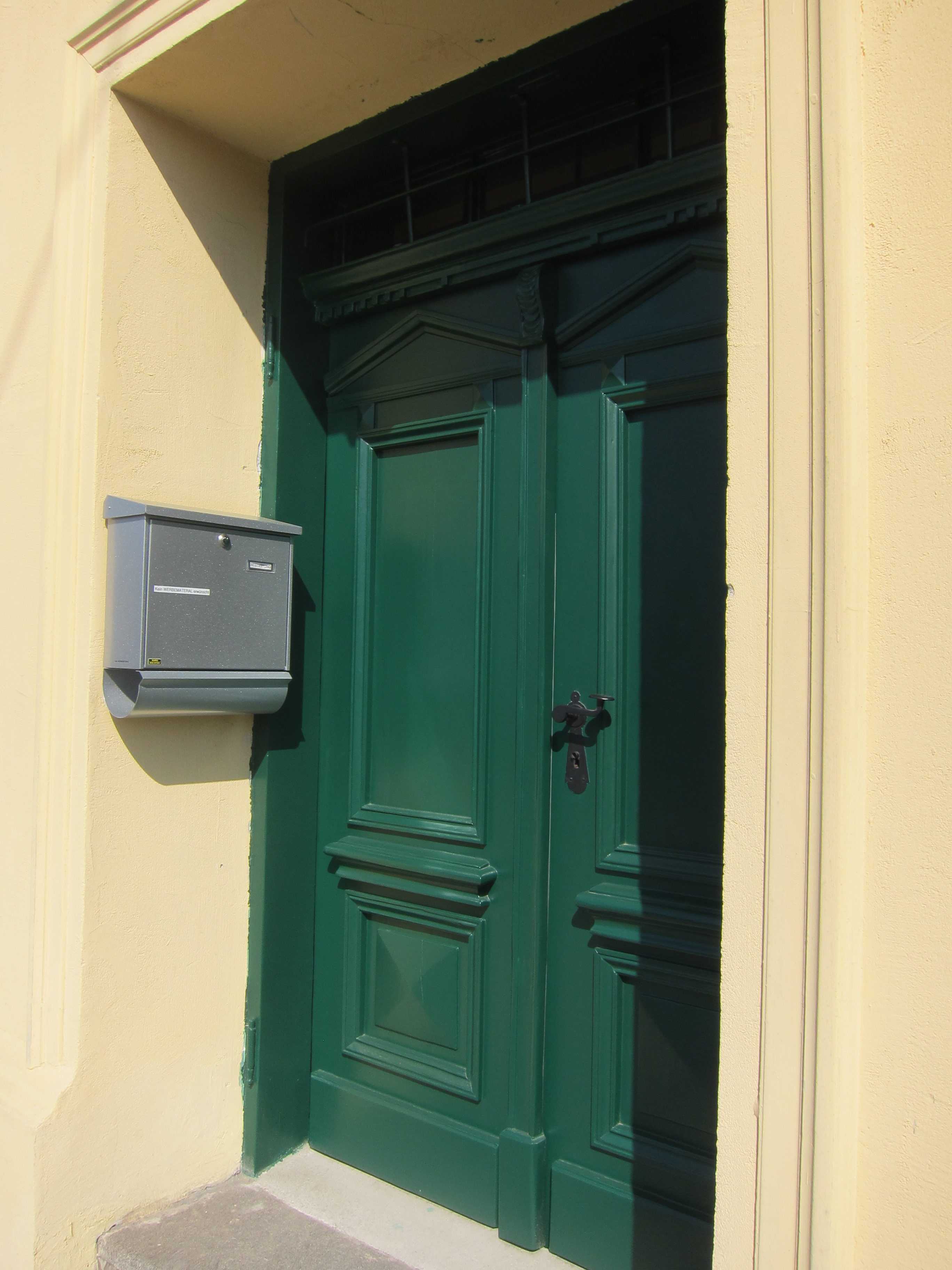 The front door of the Hitler house. The doors and window frames all appeared to be original. Hitler would have passed through this door daily to school or church. Copyright Mark Felton 2017 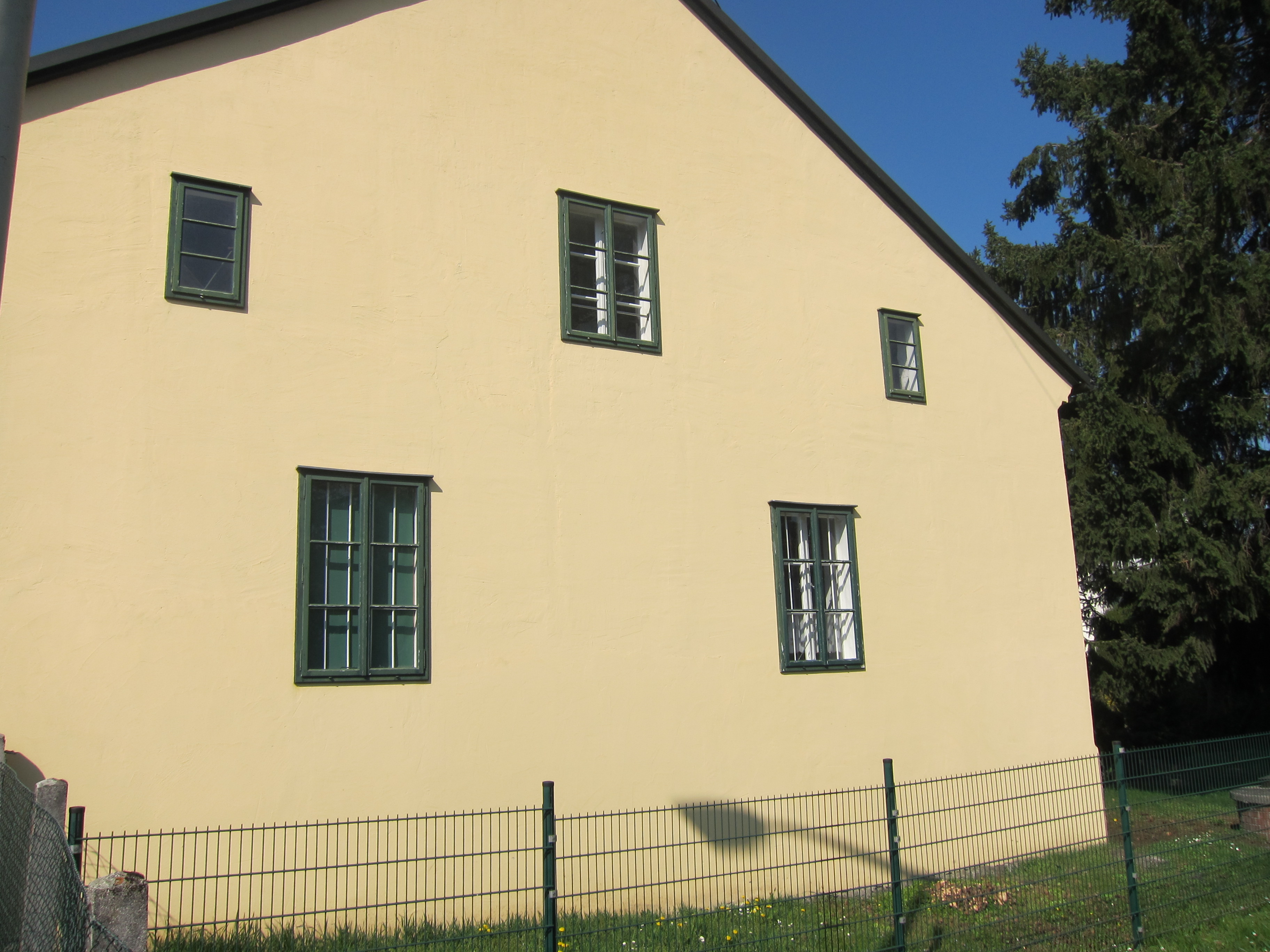 The rear of the Hitler house in Leonding. Copyright Mark Felton 2017

Leonding was not quite done with the Hitler’s. Alois had been buried in St. Michael’s churchyard, and in December 1907 Klara Hitler succumbed to breast cancer. She was buried with her husband in Leonding on Christmas Eve 1907, with Hitler at the funeral. 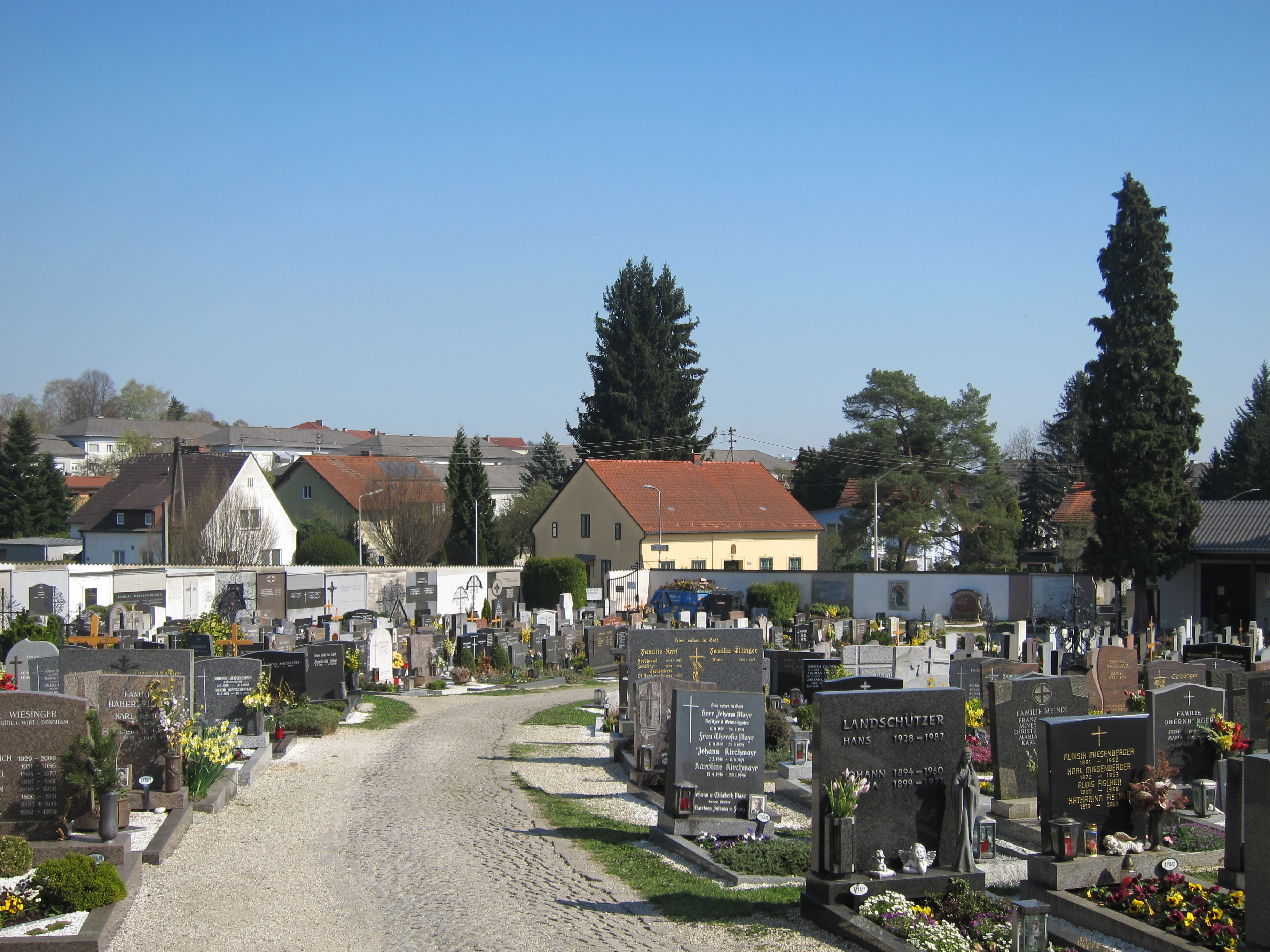 View of the Hitler house from St. Michael’s Church. Young Hitler walked this way to sing in the church choir and to attend mass. Copyright Mark Felton 2017

Hitler returned again to Leonding under radically different circumstances on 12 March 1938, this time behind his army that was sweeping into Austria to complete the Anschluss.

Hitler paid his respects at his parents’ grave and also visited his childhood home, which became a place of Nazi pilgrimage. 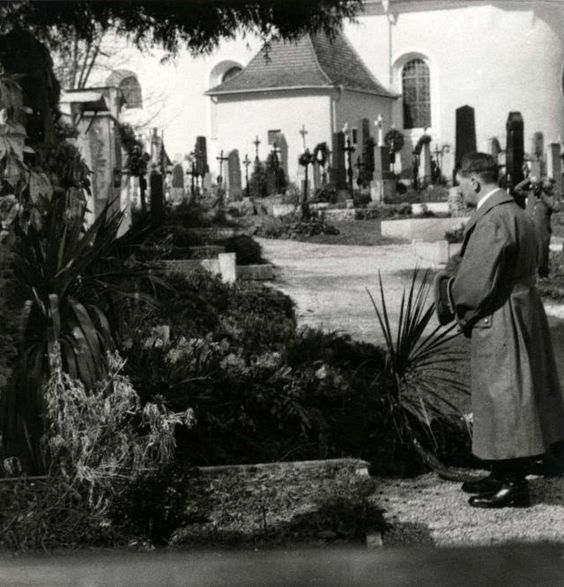 Hitler visits his parents’ grave in 1938 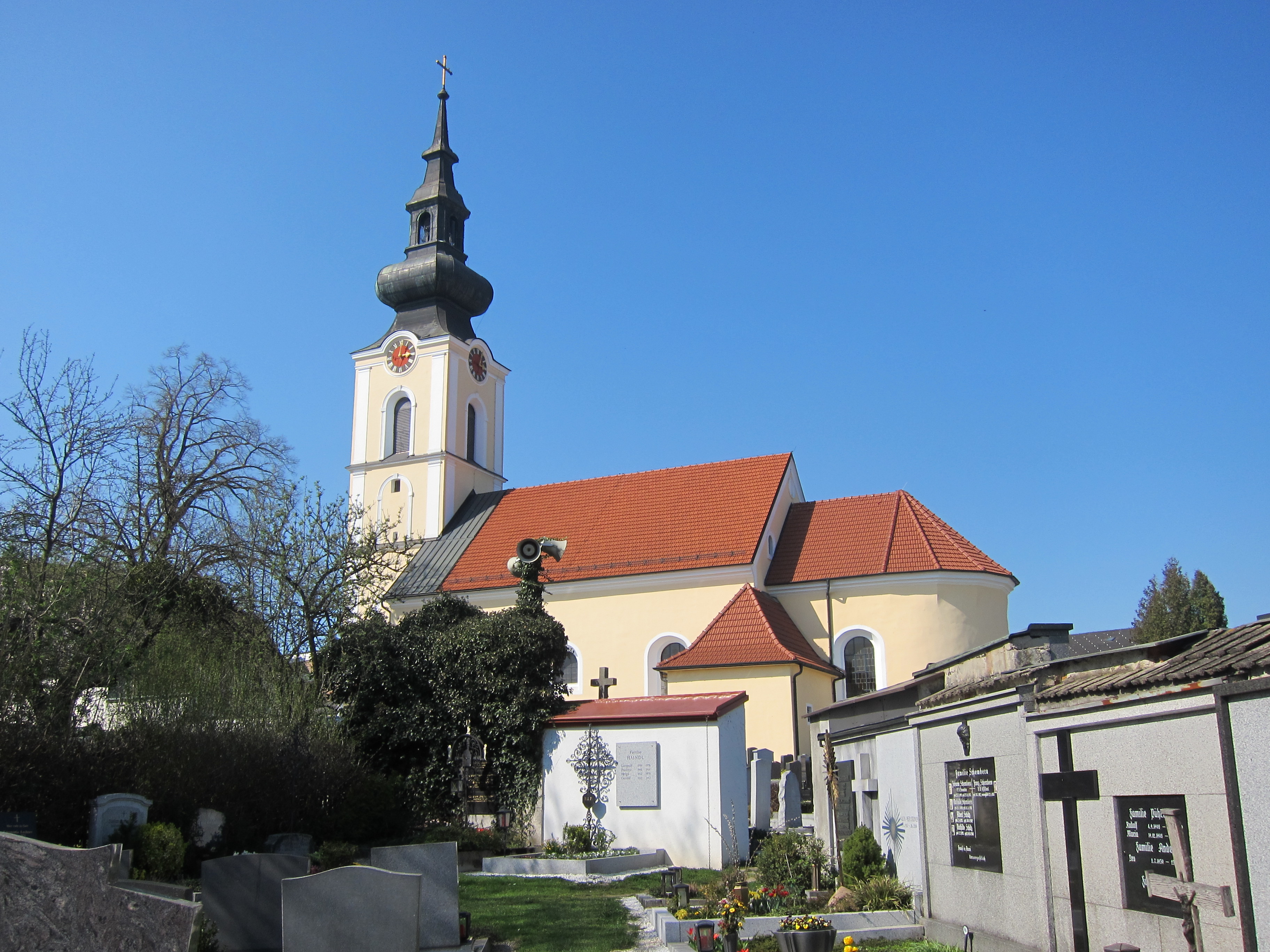 A similar view in 2017. Hitler’s parents grave lies to the left of the photo, slightly out of shot. Copyright Mark Felton 2017

After 1945, the house was allowed to fall into disrepair until it was partially renovated and today is used to store empty coffins to the graveyard across the road. Hitler’s parents grave was clearly marked with their names and photographs until 2012, when the Church removed their headstone and remodelled the grave in an attempt to hide its existence from curious visitors. 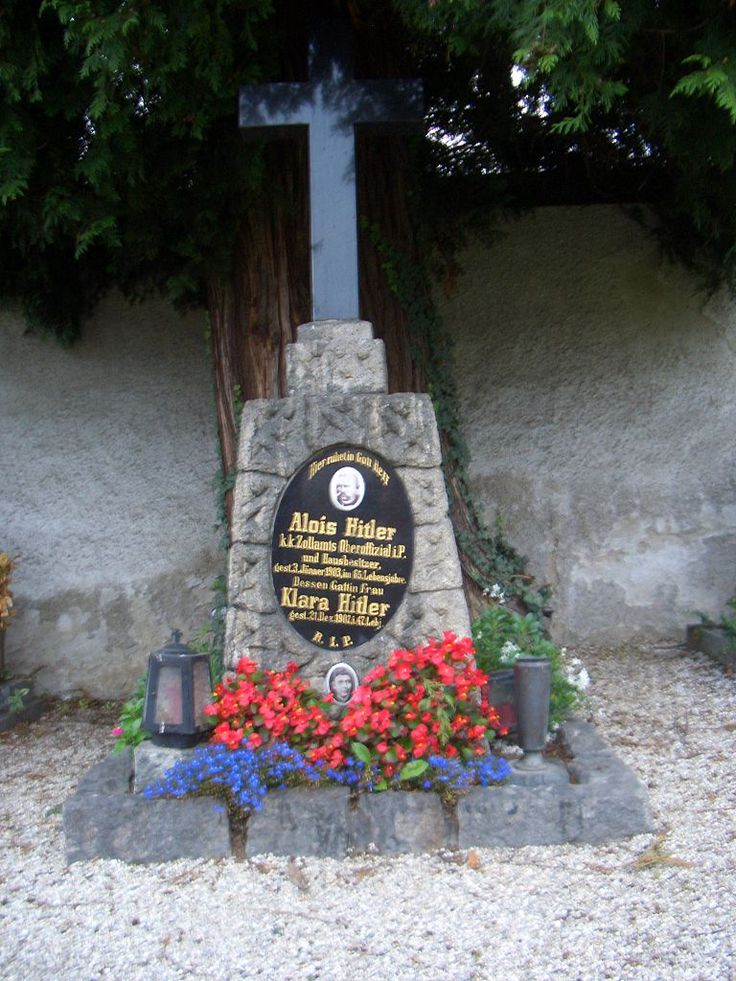 Hitler’s parents grave before its removal in 2012