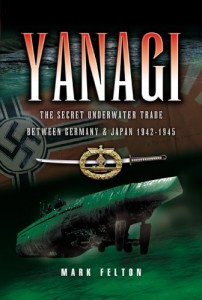 This fascinating book examines the exchange of information and goods by underwater means between Germany and Japan during the second half of WW2. Known as ‘Yanagi’ this trade was a high priority to both Axis partners. As the Allies’ grip on control of the oceans and air tightened, it became necessary to rely on submarines. This posed an increasingly heavy but necessary burden on tight resources.Thanks to the Author’s research, here is the first full account of these operations with descriptions of individual missions be they by German or Japanese submarines and crews. Even by modern standards these were of impressive duration and demanded the highest standards of seamanship and discipline.