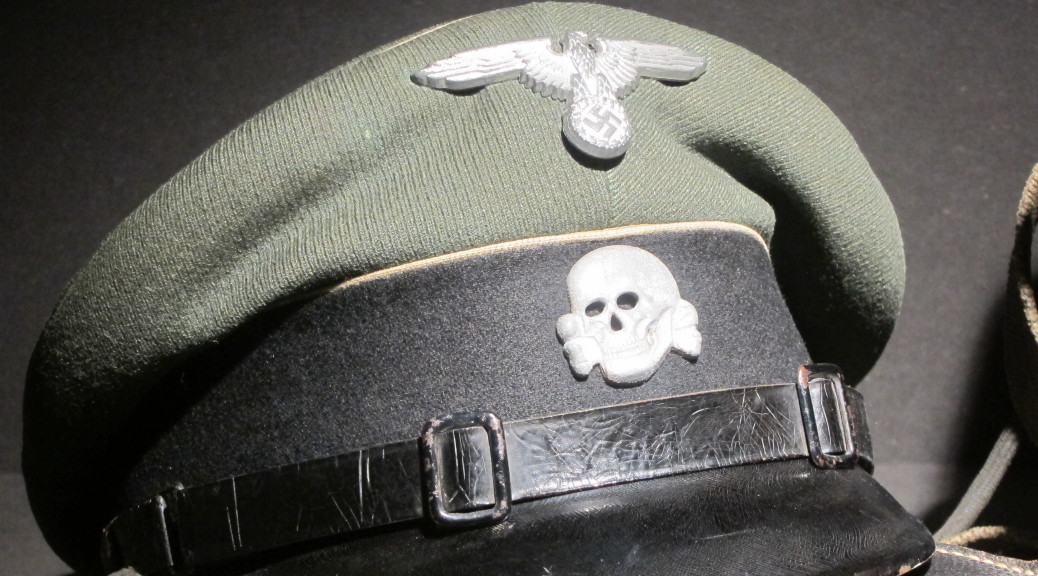 Probably one the best preserved Gestapo Headquarters in Germany today, the Cologne building has a fascinating history and remains an eerie and horrific reminder of the once all-powerful Geheime Staatspolizei (Secret State Police). 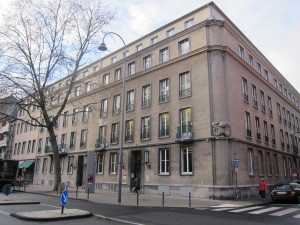 The EL-DE Haus – the name derives from the phonetic German pronunciation of the owner’s initials, L.D. for Leopold Dahmen. He constructed the building in 1933, renting it to the Gestapo until March 1945. The Gestapo modified the building by the inclusion of 10 prison cells in the basement. 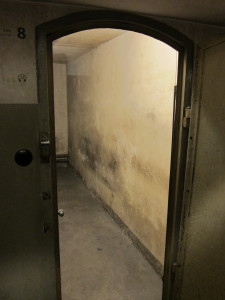 The entrance to one of the communal cells that could hold up to 25 people in extremely cramped and unsanitary conditions. The prisoners slept on the floor or on hard wooden pallets, and were denied blankets by the Gestapo. 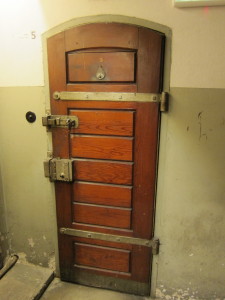 A very stout cell door with peep hole. Prisoners would be dragged out of these cells to the interrogation room, where they would be beaten and tortured for hours by the sadistic guards. 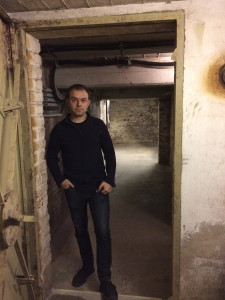 Mark standing in the air raid shelter entrance beneath Gestapo headquarters. It was protected by a thick metal blast door (left). During the frequent and devastating air raids on Cologne by the RAF and USAAF the Gestapo would take shelter here, leaving the prisoners locked inside their cells. 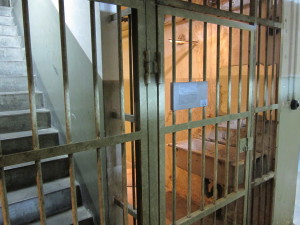 A sink (right), one of three inside a primitive bathroom that prisoners were permitted to use twice a day. The room also contained one toilet. In their cells, the prisoners would use a bucket in the corner to relieve themselves. No showers were available – the prisoners instead hastily washed themselves in cold water in this bathroom. 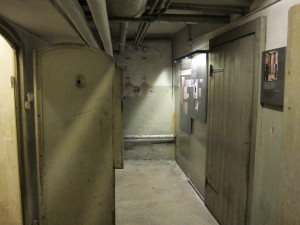 Corridor with a row of cells on the left. The Gestapo NCOs who ran this prison wore field grey SS uniforms with ‘SD’ cuff diamonds and carried dog whips. 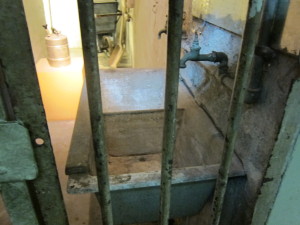 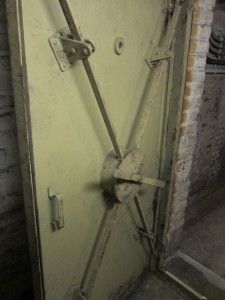 Heavy duty air raid shelter door. Cologne was one of the heaviest bombed cities in Germany, with almost 35,000 tons of explosives dropped on it. Ironically, Gestapo headquarters was one of the few important buildings that survived this maelstrom largely untouched. 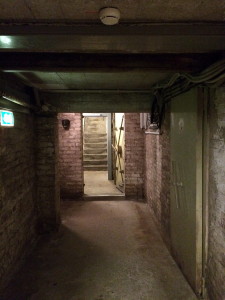 Outside is a courtyard that was used for executions. It contained a three-noose gallows for hangings. Many prisoners were executed with a shot to the back of the neck. Shortly before the US Army captured the city, on 1 March 1945 the Gestapo hanged 70-80 young women and 30 men in the courtyard. The corpses were loaded aboard three trucks and dumped in a grave in the city’s West Cemetery. 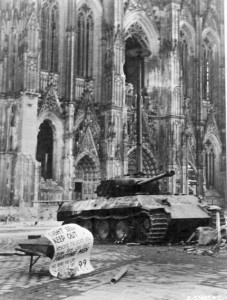 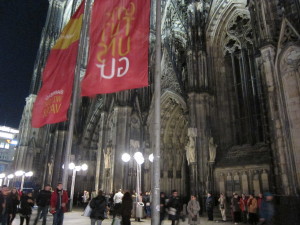