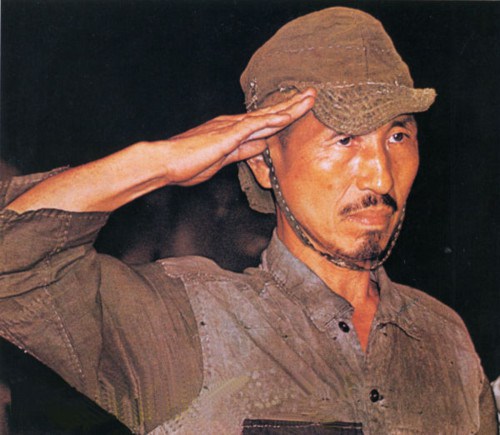 A small, thin, middle-aged officer, his uniform patched and darned, his field service cap emblazoned with the yellow star of the Imperial Japanese Army, stepped forward in a jungle clearing and bowed stiffly before lifting up his samurai sword and offering it to the assembled officials in surrender. The place was the island of Lubang in the Philippines and the date was 9 March 1974. Fifty-one-year-old Second Lieutenant Hiroo Onoda had finally given up resistance. The last thing his commanding officer had said to him was ‘Whatever happens, we’ll come back for you.’ Twenty-nine years later the Japanese returned. Onoda was one of the last recorded Japanese ‘holdouts’, living relics of a war that had ended nearly three decades before. While the world had moved into the Cold War, Onoda and others like him had remained hidden in the jungle, convinced World War II was still being fought. 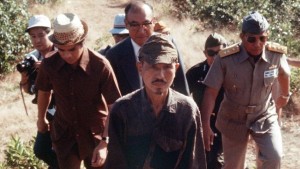 When Japan surrendered in August 1945, the Imperial Army and Navy still controlled a vast swathe of Asia including eastern China, Malaya, Singapore, Netherlands East Indies and dozens of far-flung tropical island groups garrisoned by three million troops. Most knew nothing of Hiroshima and Nagasaki. They were well-armed and mentally conditioned to fight on to eventual victory or an honourable death. Surrender was anathema to them. Orders were transmitted to units telling them to stay in their barracks and await the arrival of Allied forces who would take their formal surrenders. But tens of thousands of Japanese troops never received the order as their communications with Japan had broken down or their units had been smashed and scattered during the fierce battles across the Pacific. Others, including complete units, refused to believe that such a shameful order could have emanated from their divine Emperor Hirohito – these diehards believed it was an Allied trick. They determined to stay in the jungle and wait for their army to recapture the lost territories. Between 1945 and 1961 many of these ‘holdouts’ were caught or convinced to surrender by Japanese officials. What is not widely known is that some Japanese units and stragglers even launched attacks on American occupation forces or the armies of the newly independent postwar nations necessitating dangerous operations to capture or kill them. One of the most notorious was Captain Sakae Oba on Saipan, who continued to lead his 46 heavily armed men in attacks on US forces until convinced to surrender by a former Japanese general in December 1945. On another occasion in the mountains south of Manila on 25 January 1946 American and Filipino forces mounted a joint operation to eliminate a 120-man Japanese unit. In the vicious fighting that followed 72 Japanese were killed. In Lubang, Philippines, a 30-man Japanese unit was brought to battle on 22 February 1946. Eight Allied soldiers died along with an unknown number of Japanese. The following month a further 41 Japanese soldiers emerged on Lubang and surrendered, eight months after the war had ended. On Peleliu a 33-man Japanese force attacked American patrols throughout March and early April 1947 until persuaded to surrender by a former Japanese admiral. 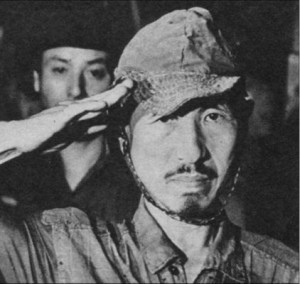 And so it continued all over Asia in the immediate aftermath of the war. In the Philippines in April 1947 a seven-man Japanese heavy mortar team emerged from the jungle on Palawan Island and surrendered, and in the same month on Luzon fifteen Japanese troops finally gave up. Four-and-a-half years after the Americans had captured Guadalcanal in the British Solomon Islands, the last Japanese soldier finally emerged from the interior and surrendered on 27 October 1947. The last sizeable Japanese unit to surrender was on Mindanao in the Philippines. Two hundred troops were persuaded to give up in January 1948, surrendering well-maintained rifles and machine guns. 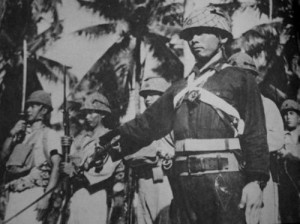