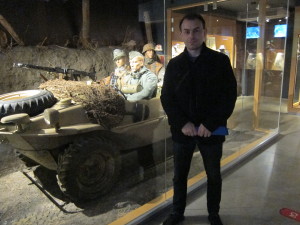 On 16 December 2015, I was lucky enough to be in the Belgian Ardennes, exactly 71 years since Hitler launched the Battle of the Bulge. It was gloomy, foggy and very wet, and I decided to do a spot of tiger hunting. I would follow the route taken by Kampfgruppe Peiper, the lead armoured fist of the elite 1st SS Panzer Division Leibstandarte Adolf Hitler in its drive towards the Meuse River. 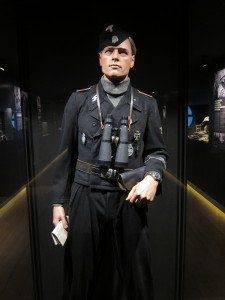 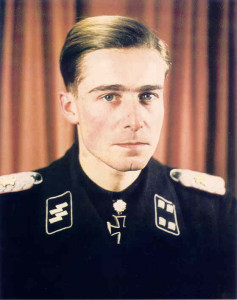 The unit, with SS Panzer Abteilung 501’s massive King Tigers in the vanguard, took an American fuel dump at Honsfeld before continuing on to Malmedy. I drove first to Malmedy from Germany, site of the infamous Malmedy Massacre when a reconnaissance unit of the 1st SS Panzer executed over 80 American prisoners-of-war in cold blood. History buffs will enjoy the nearby Baugnez 44 Historical Center, with its superb collection of exhibits and more information about the dark event that forever carries the name of the local town. 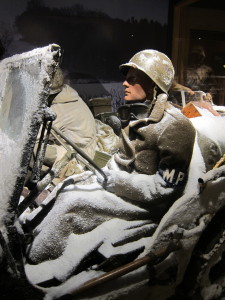 Moving on from Malmedy through the thick pine forest, I followed Kampfgruppe Peiper’s original route to the village of Trois-Ponts. On 18 December 1944 Peiper’s unit had run into stiff resistance at Stavelot. Leaving a blocking force in place, the bulk of Peiper’s forces had been directed to Trois-Ponts. However, when the SS arrived they discovered that American engineers had blown the bridges across the Ambleve River and were putting up stiff resistance. 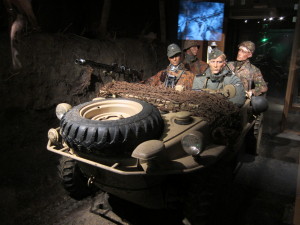 Peiper left another blocking force in position at Trois-Ponts and then headed for La Gleize. I too then swung north away from the Ambleve, climbing like Peiper up into hilly, wooded terrain towards Grand Coo on narrow country lanes that must have been ground to mud by King Tigers, eventually arriving after some GPS confusion at the tiny village of La Gleize. 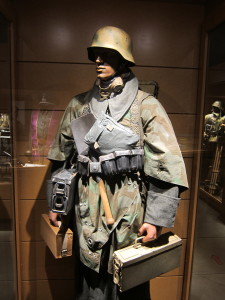 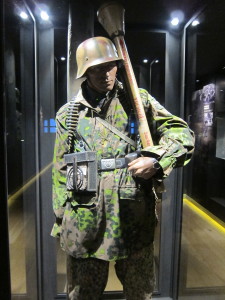 This village marked the limit of Peiper’s advance towards the Meuse, and outside the December 44 Historical Museum opposite La Gleize church stands one of the rarest tanks in existence – the Tiger II, or King Tiger. Perhaps even more extraordinary is the fact that this tank, 213, was actually abandoned by the SS almost exactly where it still stands today. 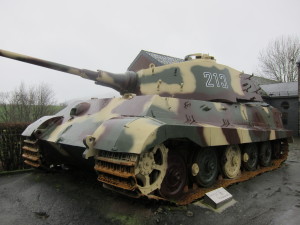 It remains an incredibly powerful sight, an incongruously massive beast sitting impassively beside a narrow village road, its huge 88mm gun pointing across a shallow valley towards where American armoured forces were advancing to recapture the village 71 years ago. 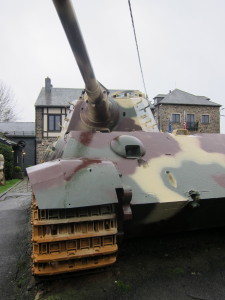 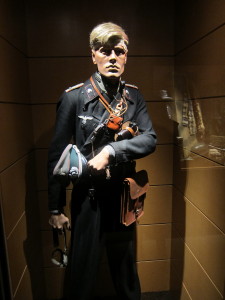 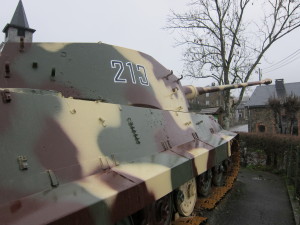 Kampfgruppe Peiper had captured the area around La Gleize without undue difficulty, but it had failed to secure another nearby American fuel dump. At this point, the SS simply ran out of fuel, and Peiper was forced onto the defensive. 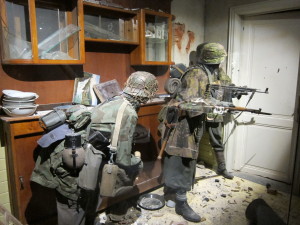 Although SS Panzer Abteilung 501 had 45 King Tiger’s on strength on 16 December 1944, many failed to make it far into Belgium to the constant mechanical difficulties. Some had been left at Stavelot and Trois-Ponts by Peiper to cover the flanks of his advance. Six made it intact to La Gleize. Peiper positioned King Tigers 213 and 221 near the church, their 88mm guns covering all approaches to the village from the east and southeast. 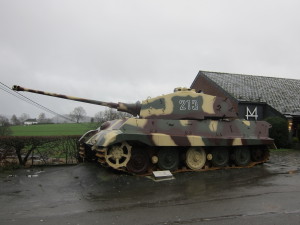 Forced onto the defensive, Kampfgruppe Peiper defended a perimeter around La Gleize in the hope that the Luftwaffe could airdrop supplies of petrol to the stranded armour. But when the Luftwaffe tried, they dropped the fuel in the wrong area, right into the hands of the Americans. Below is a photo of one of the petrol containers dropped by parachute: 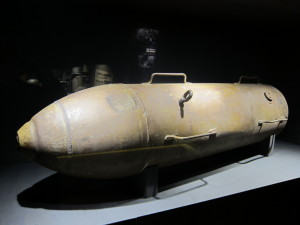 On 22 December 1944 King Tigers 213 and 221 engaged US Sherman tanks from Task Force McGeorge at a range of 2,000 yards, as the American noose was tightened around La Gleize and Kampfgruppe Peiper became progressively surrounded. The two King Tigers scored many hits on the inferior US tanks, halting the column. But the remaining Shermans concentrated their fire at the two immobilised King Tigers. 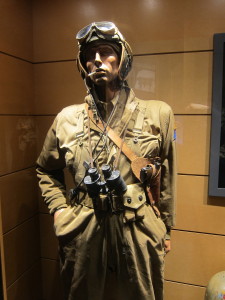 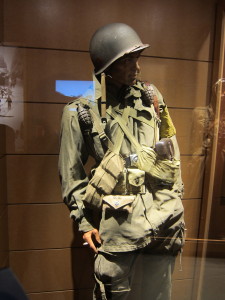 SS-Obersturmfuhrer Dollinger’s 213 had the front third of its massive gun blown off by a lucky shot, while SS-Untersturmfuhrer Hantusch’s 221 received damage to its reversing mechanism. Even if fuel now reached the battle group, these two tanks were now useless and were abandoned by their crews. 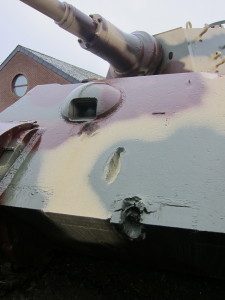 When it became clear that he could expect no relief or fuel, Peiper decided to abandon his attack and retreat back to German lines. This meant abandoning all his vehicles, the SS walking 20 miles through the snow to reach safety. An astonishing 135 German vehicles were left behind in La Gleize alone, including all six King Tigers and 13 Panther tanks. 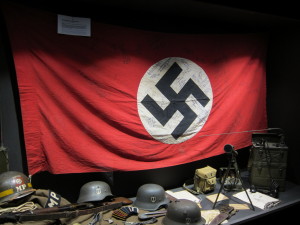 By the summer of 1945 US Army clean-up crews had arrived at La Gleize to begun towing away wrecked vehicles for scrapping. King Tiger 213, owing to its being located up a narrow and curving little road outside the church, was the last to be removed. But just as it was being towed off, local bar owner Jenny Geenen ran outside and ‘bought’ the tank for a bottle of cognac. She believed that the tank should remain in La Gleize as a memorial to the village’s wartime suffering. Left to deteriorate until 1951, the King Tiger’s gun was repaired with parts from a couple of Panther tanks, before it was moved to its current position outside the war museum. In 1975 King Tiger 213 was overhauled and repainted. It remains a potent symbol of the Battle of the Bulge, Germany’s last throw of the dice in the West. 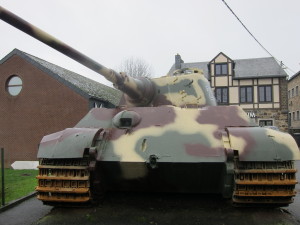