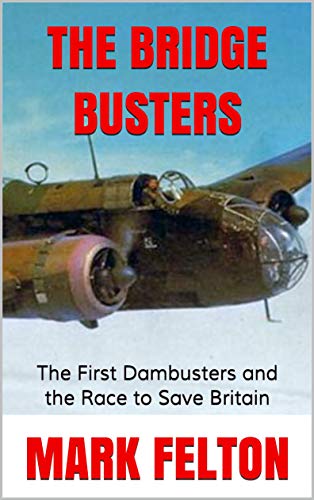 August 1940. Britain faces German invasion. A race is on to wreck Hitler’s plans led by RAF Bomber Command. Two aqueducts, huge water bridges on the Dortmund-Ems Canal, along which the Germans are bringing invasion barges and supplies to the Channel coast, are identified as crucial to stopping Hitler. Can they be destroyed? A motley collection of daredevil British and Australian airmen are ordered to try, including Guy Gibson of later Dambusters fame. They are in a race against time, for every day that the aqueducts remain standing, the Germans gather to invade. At the same time, the British race to develop a new kind of bomb that can be dropped on the aqueducts, and scientists face almost insurmountable technical and obstacles. By mid-August 1940 eleven aircrews, flying old, slow and poorly armed Hampden bombers, have completed training for the raid. On the night of 12 August they launch from Lincolnshire, split into an attacking and diversionary force. They face desperate odds against a huge concentration of German flak guns, enemy night fighters and searchlights, and must fly suicidally low, slow and level to release the new bombs.

In a raid with many similarities in personnel, target and weapon to the much more famous Dambusters Raid of 1943, the plucky band of outnumbered and outgunned airmen press home their assault on the aqueducts. If they fail, the Germans will probably be landing on the coast of southern England within a few weeks, but if they succeed, they may change the course of history and help to save their country from invasion and occupation. This is the untold and completely forgotten story of ‘The Bridge Busters’, the first Dambusters and their suicide mission just before the Battle of Britain began.

Buy it now from: