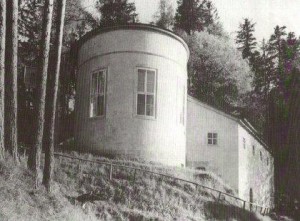 Many people mistakenly believe that the famed Eagle’s Nest high up on Kehlstein Mountain overlooking Hitler’s mountain top hideaway on the Obersalzberg was his favourite tea house. The building survives perfectly intact today, and attracts over 200,000 tourists annually. But there is a reason for its survival. 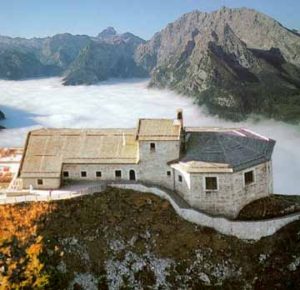 Hitler hated it! Martin Bormann poured huge sums of money and time into its construction but ultimately Hitler was afraid of the altitude, the snaking road up and the elaborate lift that took visitors the final 400 feet through solid mountain to the summit. He only visited the place around ten times. For this reason, the building is perhaps less tainted by association with Hitler than the structures on the Obersalzberg, and was spared postwar demolition.

Hitler did have a favourite tea house, again another present from Bormann, but this time constructed at a lower altitude just a short walk from his palatial Berghof home and military headquarters. History has not been kind to this building, Hitler’s constant daily patronage ensuring that the US Army demolished it in the early 1950s and the Bavarian Government made further attempts to eradicate its footprint in the 2000s. However, much survives for those prepared to hike to the spot and root around a bit using one’s imagination and old photographs.

Hitler would visit the Mooslahnerkopf Teehaus almost every afternoon during his stays at the Berghof. It was a home from home for Hitler and his entourage and pandered to Hitler’s rather indolent home life with Eva Braun and his cronies. 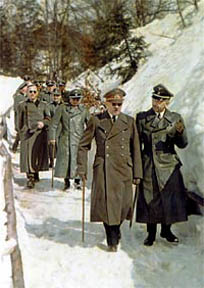 Each afternoon around 3pm Hitler, members of his close circle and a small number of his RSD bodyguards would cross the road in front of the Berghof and enter a path than ran past the Unterwurflehen (Obersalzberg Administration Building) then stroll downhill through the Obersalzberg Valley and onto a path through the woods. 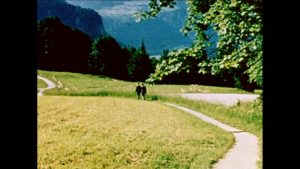 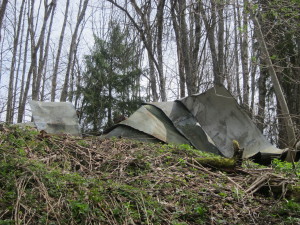 The ruins of the Unterwurflehen Building 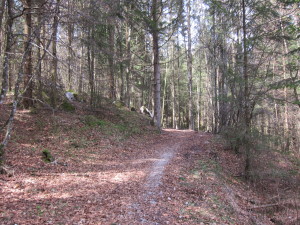 The woodland path towards the Mooslahnerkopf

As his party entered the woods they would pass by SS guard bunkers for the sentries that monitored a discreet chain link fence below the path before arriving at the Mooslahnerkopf Hill and its tea house. Hitler hated being overtly guarded, so the sentries would most likely have not been seen. 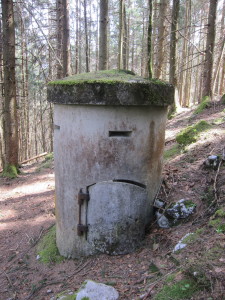 A Moll Bunker or Splinter Protection Cell. These one-man bunkers were spaced out all over the Obersalzberg area. This one I photographed close to the tea house. It was designed to provide a sentry with cover in the event of an air raid, not to fight from. 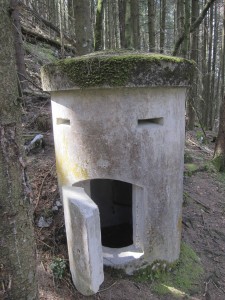 The walk was less than a kilometre. The circular teahouse had been designed by architect Roderich Fick, who had remodelled the Haus Wachenfeld into the grand Berghof, on the orders of Martin Bormann as yet another gift for Hitler, as the ‘brown eminence’ sought to curry favour with his leader. 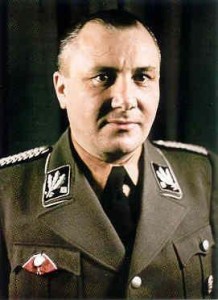 Designed in 1936, the building was completed the following year, and Bormann was rewarded by Hitler’s near constant patronage of the establishment whenever he was in residence on the Obersalzberg until early 1944.

The main part of the tea house was cylindrical in design, measuring 9 metres in diameter, with three large picture windows looking out over the valley beyond. The building was built onto the side of Mooslahnerkopf Hill and was accessed by a flight of steps up to a large door giving access to the main room. 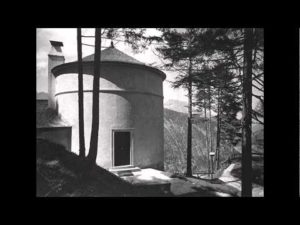 The main room was dominated a large round table around which were arranged comfortable armchairs. 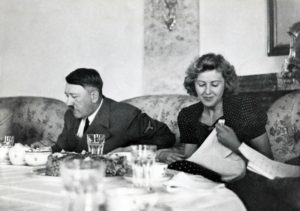 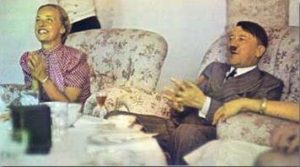 Hitler and Maria Reiter, rumoured to have been an old girlfriend, inside the circular room. This film still allows us a glimpse of the colours used to decorate the tea house

Other seating areas were located around the walls. A kitchen and staff area occupied the rest of the building. As with the Berghof and Kehlsteinhaus (Eagle’s Nest), Hitler’s monogrammed silver service and cutlery was used by the SS waiters. 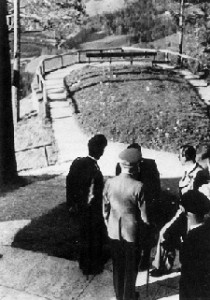 In front of the tea house was a scenic overlook of the Salzburg Basin, enclosed by a wooden railing and with a bench where the Führer often sat and discussed matters of state with his intimates. From the railing Hitler could look at Austria, his homeland, Salzburg Castle poking up through a break in the line of mountains in the far distance. 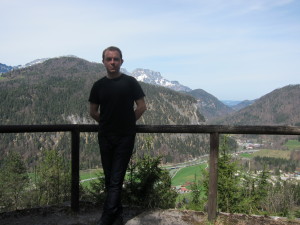 Mark at the Mooslahnerkopf Overlook. The railing was replaced by a German film company in 2004 and is higher than the original. 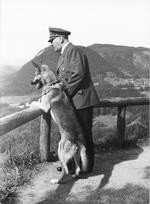 Hitler and his Alsation Blondi at the Overlook 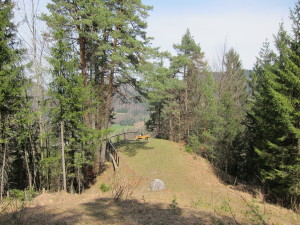 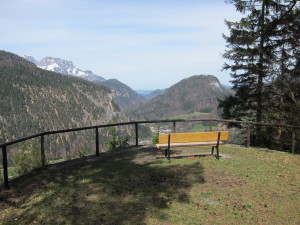 The original bench that Hitler used is long gone. A modern replacement has been installed in the exact spot. 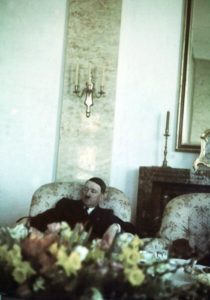 In this photo you can gain some idea of the luxurious interior and the height on the main circular room.

Hitler often fell asleep at the Mooslahnerkopf and was always driven back to the Berghof in an ordinary Volkswagen rather than one of his enormous armoured Mercedes, while the rest of his intimates strolled back on foot in the late afternoon.

The building survived the British bombing attack of 25 April 1945 that obliterated or severely damaged many of the Nazi structures on the Obersalzberg. In 1951-52 the US Army ordered its destruction, and it was partially demolished, leaving just the service areas and basement intact. 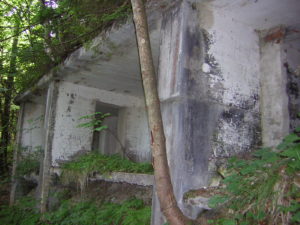 Then in August 2006 the basement level was torn out and removed, leaving only the building’s foundation and some stairs remaining today 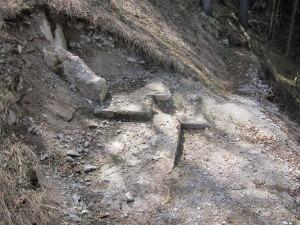 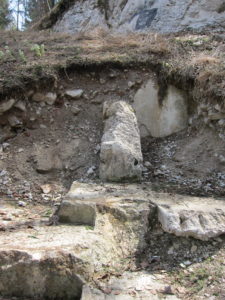 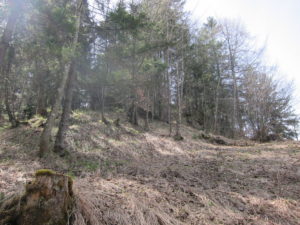 The hillside where the tea house once stood. Note the same stand of trees on the left in both photos.